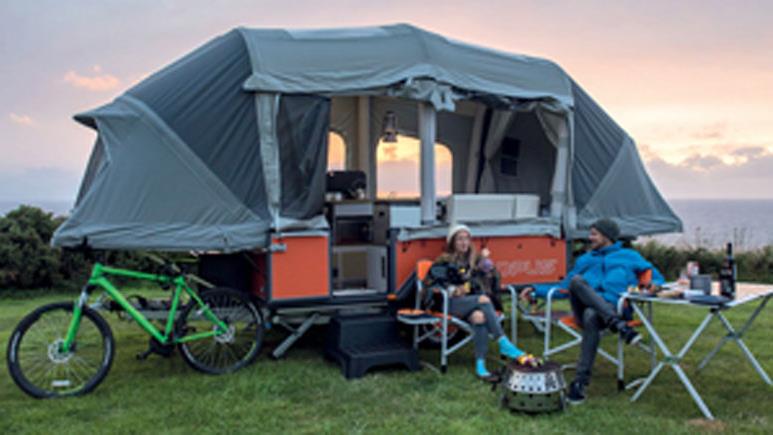 We’ve linked folding campers and trailer tents under a single heading. Both are variants of a wheeled trailer for pulling behind a car or motorbike – a folding camper pitches off-ground while a trailer tent’s main canvas pegs directly into the ground.

Folding camper brand Opus was victorious this time with a satisfaction score of 96%. It is good to see a trailer tent manufacturer (Camp-let) back in the running this time. It was Highly Commended at 92%.

This was a new category for the Tent Survey from 2018, covering trailer tents and folding campers. We changed the category name to folding campers to reflect the significantly higher response of the type.

Such was the dominance of these two brands – in terms of number of responses as well as satisfaction – we had no Highly Commended brands this time.

However, are there signs of a comeback for folding campers/trailer tents? With total annual sales typically in the low thousands for new models, it was interesting to note some 36% of our responses were from purchase in 2018 and a further 34% were bought in 2019.

Folding campers (including trailer tents) is a tiny, yet significant, sector in the whole tent market, hence its inclusion here.

This year’s winner, Opus, scored 93% for overall satisfaction. By far its most popular model was its flagship, the Full Monty.

Other brands reported on include Cabanon, Camp-let, Conway, Raclet, Sunncamp and Trigano.